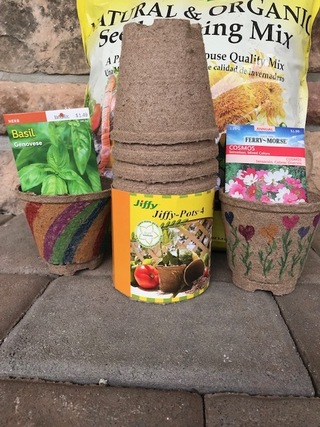 Points To Review Before Reading

What was the Holocaust?

When did it take place?

Where did it happen?

Why should we learn about the Holocaust today when it happened long ago?

What can we learn from events like the Holocaust?

What can we do to prevent something like this from happening again?

From the time Hitler rose to power in Germany in 1933 until World War II ended in 1945,

millions of people were persecuted, imprisoned and killed for being "different".  Six million of

those people were targeted because they were Jewish. First the Jews were blamed for everything

wrong with the country. Their rights to own businesses and property were taken away. They

were banned from attending public schools. Their possessions were confiscated and they were

little food. One and a half million of those victims were innocent children, just like Ruthi and

I didn't want to simply tell one story of two children who miraculously survived. The Holocaust

was a collective experience of man-made suffering. Ruthi and Leib's story is sewn together with

them. Some of these children were eventually reunited with family members thanks to

institutions like Yad Vashem and the Shoah Project. Some went on to get married and have

Humanity. But who knows what great hearts and minds the World lost as a result of the murder

of one and a half million children?

Who would they have become?

What treasures may they have discovered?

What would they have contributed?

We can only wonder.

1. What did Ruthi's mother and Leib both have?

2. How did Ruthi feel when the soldiers came to her town?

3. What does Ruthi take with her when she leaves home? Why do you think she chose this over something else?

4. What might you have taken if you'd been Ruthi?

5. Where did the neighbor take Ruthi & Leib?

6. What happened to Leib at the orphanage?

7. What does Ruthi give Leib? Why do you think she gives it to him?

9. What do you think gives Ruthi the strength to survive?

10. What happens to Ruthi after "the nightmare" is over? Where does she go? Why do you think she didn't just return to her old home?

12. What did she bring with her? Why do you think it's still important to her?

13. What does Ruthi do after she grows up? Where did she go? What did she learn at that place?

15. How does the phone call make Ruthi feel?

16. How do you think Ruthi felt after the meeting? Why?

17. Why do you think the illustrator chose to draw Ruthi and Leib as rabbits?

18. How do the illustrations add meaning to the story?

20. Which is your favorite illustration and why?

Ruthi finds healing as she works in her garden and observes the plants growing. Children can decorate seed pots and enjoy watching their plants grow too.

Markers, or non-toxic paint. You can use sponges to dab on paint.

1. Children can sketch their designs on paper before starting.

5. Make a chart so children can measure the growth of their seedings.

Madeline Albright was born Marie Jana Korbelova (Madelenka) to Jewish parents in Czechoslovakia. When Hitler came to power her family escaped to England. Eventually she moved to the United States. In 1997 she was named the first woman U.S. Secretary of State by President Bill Clinton.

Walter Kohn, originally from Austria, interned as a "enemy alien", eventually made his way to Canada and worked hard to become a world famous scientist. He eventually moved to the U.S., became a citizen  and received the Nobel Prize in Chemistry (1998) as well as many other awards such as the Oliver E. Buckly Prize (1961) and the National Medal of Science (1988).

Rabbi Israel Meir Lau --Chief Rabbi of Tel Aviv, Israel  and Chairman of Yad Vashem. Former Chief Rabbi of Israel (1993-2003). Awardee of France's Legion of Honor for work to further interfaith relations. Author of Out Of the Depths, a detailed personal account of how he survived Buchenwald as a young child. He is also the author of many other books.

Anita Lobel --Author/illustrator, Caldecott Honor winner (1982) For On Market Street. Author of No Pretty Pictures, A child of War, a finalist for the National Book Award (1998). The book went on to win a Judy Lopez Memorial Medal for Children's Literature, an Orbis Pictus Award, a Golden Kite Award, a Sydney Taylor Award Honor, as well as other awards .Her book is a detailed autobiography of all she endured as a child of the Holocaust. In addition, many of her other books have appeared on the New York Times best illustrated list.

Dr. Jan Vilček, M.D., Ph.D. one of the creators of Remicade/ Infliximab, which has become a successful drug used to treat rheumatoid arthritis, Crohn's disease and other inflammatory diseases. He is listed as an inventor on over 40 US patents.

Eli Wiesel --author, professor, lecturer, humanitarian, Nobel  Peace Prize Awardee. Best known for his book Night, an autobiographical narrative of what he witnessed and endured while imprisoned in concentration camps during the Holocaust.

Do you like visiting your grandma and grandpa? How often do you see each other? What special names do you call them? If you and your grandparents were animals, what animals would you be?

1.What is special about elephant grannies?

2.Do you think chimpanzee nannies really make challah with their grandchildren? Have you ever made challah with your grandmother?

4.What's in the baskets delivered by bow-wowing bubbies? What would you like to get in your Purim packages?

5.What's a mitzvah? Can you think of any mitzvot that you could do?

6.What animal appears on almost every page in the book?

7.Have you ever been to a Seder? What special things did you do during the Seder?

8.When is a shofar blown? Have you ever blown a shofar?

9.What special things have you done with your grandpa?

10.When is Matzah eaten? Have you ever seen it made?

11.What are the groundhogs doing and why are they doing this?

Write an acrostic poem where the first word of each line begins with a letter from the word GRANDPARENTS. The words should describe some trait or characteristic of grandparents. You can use other names for grandparents instead if you prefer.(nanny, granny, savta, papas, grandpas, zayde) Here's an example:

Play the song "Havah Nageelah" and get the children in a circle. Clap out the rhythm of the music. Teach the melody. Show them how to move around the circle, and then in and out to the beat of the music. Try moving slowly at first. Later try the doing the dance faster.

Have children pick out one of the animals in the story and research some Fun Family Facts about that animal. (How are they born –live or in eggs? Who raises the babies? How many babies are born at once? What do they eat? Do family members stay together, or go off on their own? Where do they live? How long do they live?)

Have the children make tissue paper collages (see some of Eric Carl's picture books) featuring animal babies and their grandparents.

* Read A GRANDMA LIKE YOURS/ A GRANDPA LIKE YOURS. Have each child finish the sentence:
If my grandma/grandpa was an animal he/she would be a __________ because....
OR
My grandma/ grandpa is special because ...

* For older children: Have them each interview a grandparent and write down the grandparent's
memory describing something that happened to them when they were the same as age the child. Have each child share their stories with the rest of the class. Lead a discussion concerning some of the differences of growing up today versus when their grandparents were young.

This teacher's guide was created by Andria Warmflash Rosenbaum

Articles about siblings who were separated during the Holocaust and reunited some 60 plus years later. 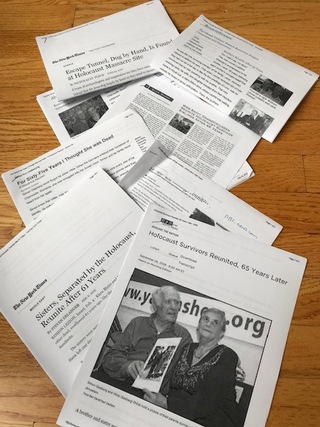 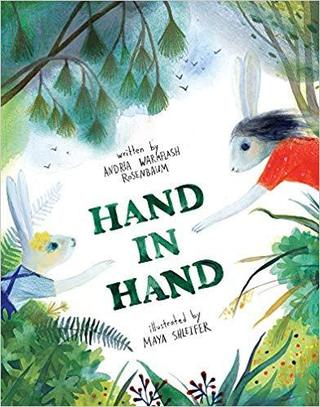